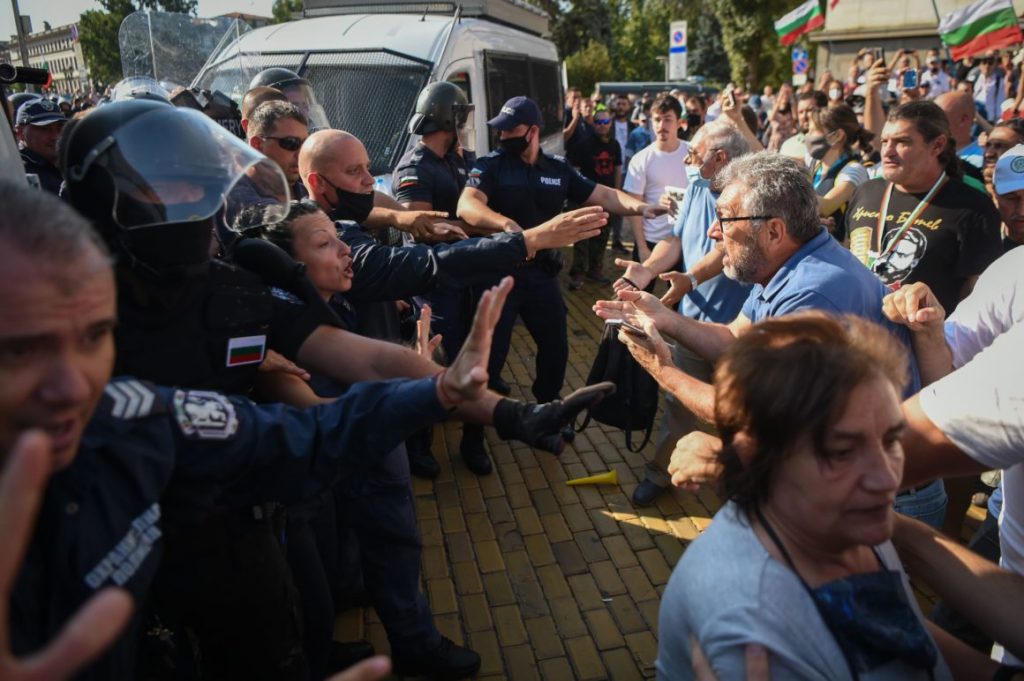 For two months, Bulgarians have packed the streets every night to protest that an oligarchic mafia has captured the state and extended its reach deep into institutions such as the judiciary, media and security services. They are demanding the resignations of Prime Minister Boyko Borissov and Chief Prosecutor Ivan “The Cap” Geshev.

Many Bulgarians are incensed that their prospects and those of their children are being thwarted in the EU’s poorest state, where a mafia elite acts above the law and has a stranglehold over the economy. This summer’s corruption crisis has offered startling examples of the increasing chutzpah of the oligarchs. According to recent surveys, 80 percent of Bulgarians see corruption as widespread, while more than 70 percent broadly support the protests.

Protests have become more confrontational, and police clashed with demonstrators at a “grand national uprising” last week. Another big mobilization is planned for Thursday.

What triggered the 2020 protests?

Hristo Ivanov, a former justice minister and head of the anti-corruption Yes Bulgaria party, lit the powder keg on July 7. With a livestreamed Black Sea beach landing in a rubber dinghy, Ivanov exposed how one of the country’s main behind-the-scenes powerbrokers, Ahmed Dogan, honorary chairman of Bulgaria’s ethnic Turkish party (and also a Soviet-era agent codenamed Sava) was illegally occupying public land for his palatial headquarters and marina, and was illegally using state security agents as his guards.