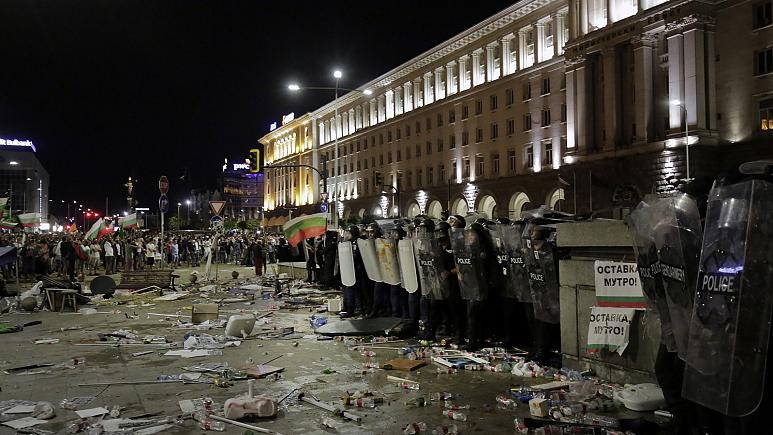 Bulgarian prime minister Boyko Borissov is „only pouring oil in the fire“ with his plans to push through controversial new constitutional reforms, an opposition leader has said.

Hristo Ivanov, the leader of the Yes, Bulgaria! party, told Euronews that the prime minister’s plans to amend the constitution had already „reached a dead end“, saying he is unlikely to secure the 160 votes he needs in parliament to push through the final changes.

The government secured a majority in parliament on Wednesday to initiate debates on a revised draft of the constitution in an attempt to appease public anger, the same day violence broke out on the streets of the capital Sofia at one of the largest demonstrations in nearly 60 days of anti-government protests.

Peaceful demonstrations have swept Bulgaria for nearly two months with protesters calling for the resignation of Borissov, his government and the chief prosecutor.