Bulgaria lurches into political crisis over its murky deep state 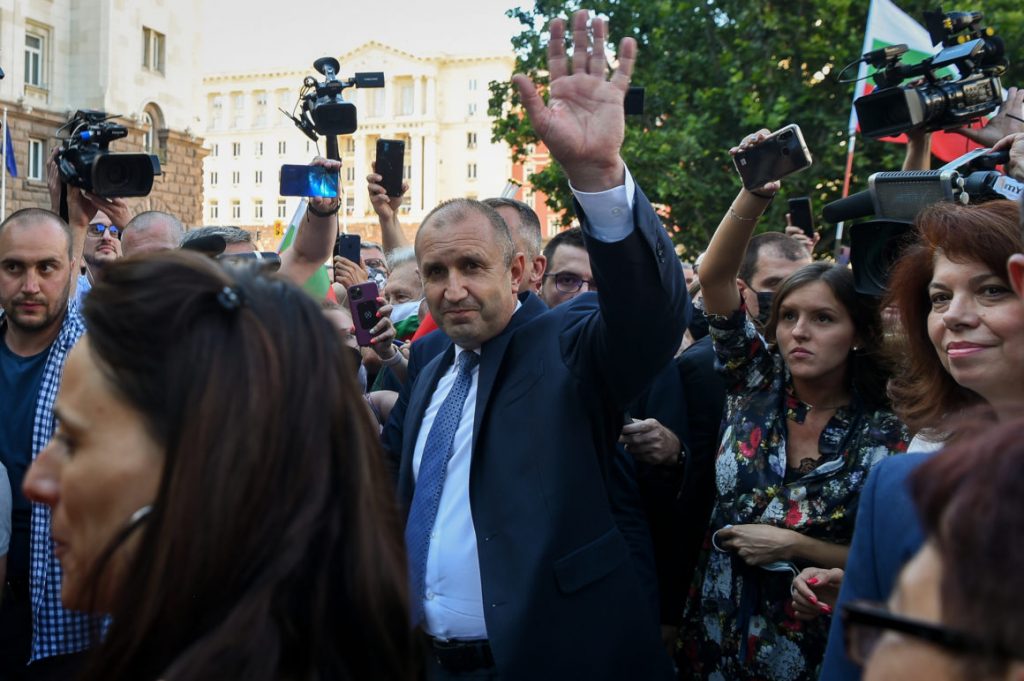 Furor over a stretch of Black Sea beach rekindles long-running tensions over role of oligarchs.

Bulgaria’s deepest institutional crisis in several years ignited with a surreal incident on Tuesday when a centrist politician tried to plant the national tricolor on a shingly Black Sea beach, but was wrestled away by security guards.

By Thursday, the complex scandal — which cuts to the heart of who really runs the country — had spiraled to the top echelons of power and the socialist president, Rumen Radev, accused the state prosecutors of being in league with the mafia after they arrested two of his aides.

On Thursday evening, a crowd gathered in central Sofia to protest, arguing the rapidly evolving events had exposed how vested interests pulled strings inside the judiciary and had laid bare the blurred lines between powerful oligarchs and the state’s shadowy security apparatus.

This week’s saga kicked off on Tuesday when Hristo Ivanov, leader of the anti-corruption Yes Bulgaria party, traveled in a rubber dingy to a Black Sea beach at Rosenets to plant a Bulgarian flag.